DoGoodFilms director and self-confessed foodie, Ivo Belohoubek shares his experience at Wagamama Noodle Lab trying a selection of limited edition and classics dishes on a date with The Soho Girl.

But I am also a creature of habit and when I am in London (I travel a lot) I often stick to tried, tested and familiar to help me settle back in after my endless travels. Wagamama is one of those places I use to get back into London routine after trips abroad with my incredibly predictable choices. It’s a comfort thing.

So when the Soho Girl asked me out on a date (yes, girls do that too!) to be a guinea pig at the Wagamama Noodle Lab Soho and try their new dishes before they roll them out across their vast restaurant empire I was intrigued. It’s nice to try something when it’s new and niche before it becomes a nation’s favourite and try to think of food in terms of its mass appeal beyond my own palette. 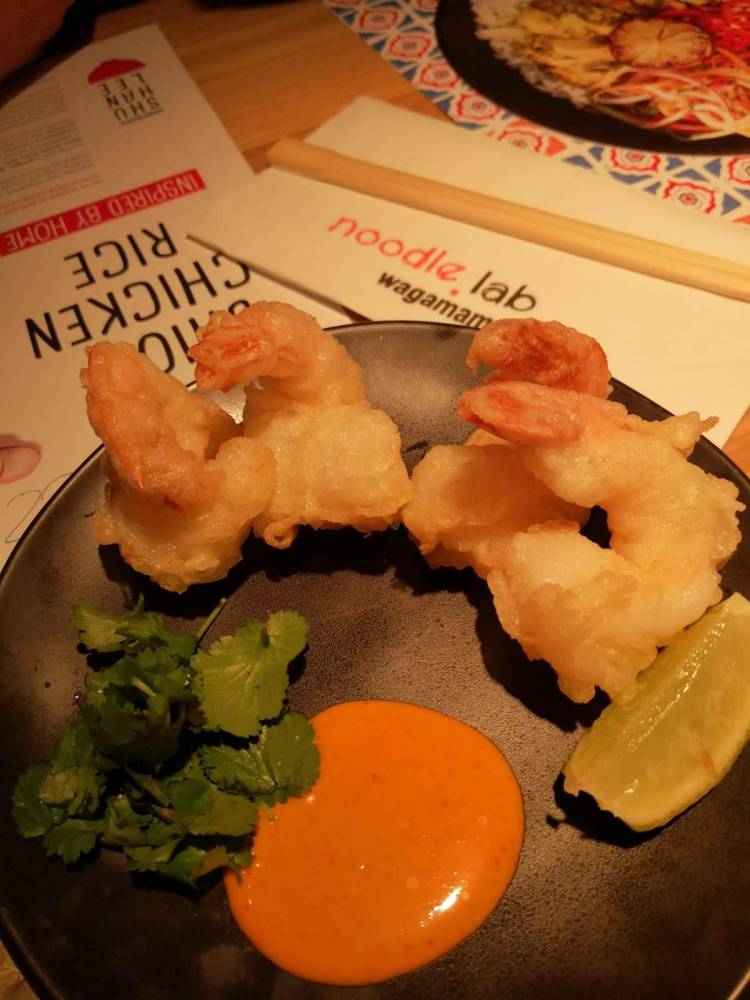 Wagamama has had remarkable success with its fusion of flavours and has established itself as a nations trusted choice of Asian inspired food, introduced a generation of kids to exotic flavours and I – like many – have now found my firm favourite on their menu. I have recently moved on from Katsu curry – sorry Katsu, it’s time we called it a day, it’s not you it’s me. Firecracker is amazing but you Katsu were my first and I will always remember you.

Wagamama Noodle Lab is an amazing place. It’s exterior is rather unassuming but boy the inside is a cracker. It’s a fantastically spacious two storey restaurant, upstairs with an open kitchen so you can sneak a peak at the team at work, with a warm atmosphere. It was mid-day, we were hungry and we picked a table at the back of the restaurant with is exposed brick work and cool, rustic feel.

General manager Lisa took us under her wings and walked us through the menu. There are some new items on the drinks menu and the Soho Girl and I went all hipster with Gingerella and Kombucha infused with ginger and turmeric. I love ginger – you can’t go wrong if you put ginger into anything. Kombucha is making its belated re-entry to the market with its hyped up health benefits and it brought back memories of my parents experimenting with it many decades ago in their kitchen. What my mum was missing was ginger because I remember hating it back then. Now I simply loved its simple flavour that doesn’t overpower the food.

Kai – aka The Soho Girl, went for the new guys on the menu – prawn tempura, for starters while I went all carnivorous with pork ribs. The prawns tempura was nicely textured (I could say wonderfully fluffy, too cliché). The ribs were done perfectly and I am sure they will fly off the menu when rolled out widely. I would definitely recommend them in a heartbeat.

For mains, I went with the new limited edition chicken dish on the menu. “Shiok” Chicken + Rice is a current collaboration between Wagamama and food writer Shu Han Lee. Chicken – marinated in ginger, garlic and herbs – sits on a bowl of coconut rice with super tasty pickled salad and caramelised lime. The food was fresh and tasty and the portion generous and even me – a 6ft 4 guy – had enough while my palette spoiled by years of travels in Asia region was having a treat! The food was GOOD!

Kai went for the prawn raisukaree recommended by Lisa, and it didn’t disappoint. It was mild but I have tortured myself with spicy food on 4 continents so don’t trust me. When I say mild it could potentially be mild to spicy!

Wagamama is occasionally teaming up with new food talent and collaborate on dishes that are very different to what you would expect. On their recent food adventure they teamed up with a vegan sensation Gaz Oakley and created the Avant gard’n – a vegan dish with salads and tofu and incredibly realistic vegan egg created from coconut. Small tip: don’t eat the egg whole – it is a very surprising taste. My brain was simply expecting egg flavour and texture while this one was based on and made of coconut so I was not prepared. Its best to mix it in the salad!

I have a sweet tooth and no proper meal is complete without a dessert. Kai’s cheesecake was a classic that you simply can’t go wrong with but for me the winner was the banana katsu – fried banana in crispy panko breadcrumbs, salted caramel ice cream with chilli toffee + ginger sauce. Kai would probably hate to admit that it was her favourite too. I would highly recommend you get one next time you eat out Wagamama. The hot dessert with combined ice cream melting over it was a culinary treat I won’t forget for a long time. 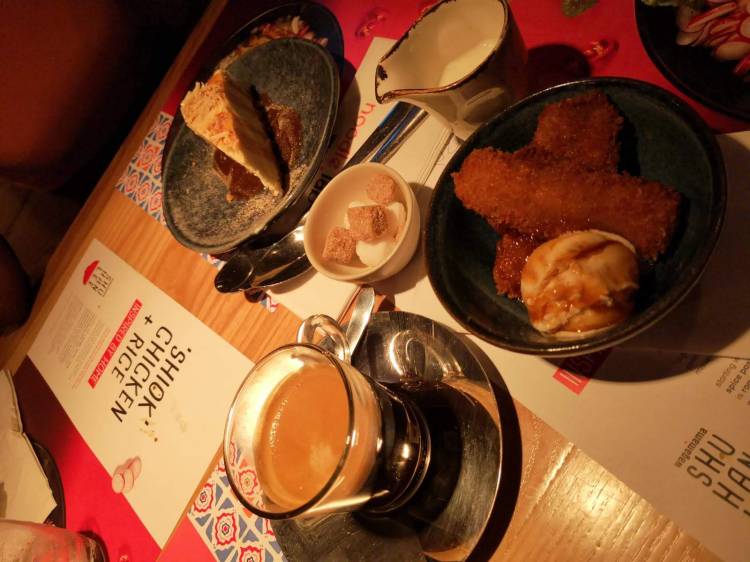 I had a blast. Wagamama Noodle Lab not only has an atmosphere worthy a date night and not just a quick meal or a kids treat. It was a full on food experience above and beyond my expectations of Wagamamas. Its nice to feel like your opinion matters too and their new dishes are tested and tried on the notoriously picky Soho audience spoiled for choice. I for one have become a Wagamama Noodle Lab fan and you will see me there soon trying new recipes from their creative kitchen team.

Written by Ivo Belohoubek. Ivo Belohoubek is a filmmaker, photographer and producer. Find out more about his work online: @dogoodfilmsworldwide Join us on the 29th Oct 6.30pm for our first Soho x Talk social; network, eat and be inspired by a panelist of speakers sharing how they created their brand. FREE. Booking essential.Booking essential. (or £5 including My Soho Times magazine and membership card).