Shuck ‘N’ Jive is a metatheatrical piece about racism within the performing arts industry and the fight for opera singer Simone and actress Cassi to be seen for more than just their race. Olivia Onyehara (playing Simone) and Tanisha Spring (playing Cassi) put on superb performances with a script equally as superb.

What is it really like to be a woman of colour in the industry? Well, Shuck ‘N’ Jive gives you a little taster of just what that looks like. For Simone and Cassi, it is being nothing more than their race. Simone is dealing with the reality that London isn’t as progressive and post-racial as she had expected, while Cassi is sick to death of being typecast as the ‘sassy friend’ or the ‘courageous slave’.

As you journey through the infuriating but humour-filled experiences of these women and the daily aggressions they are subjected to, you are left with the sobering reminder that these scenarios are semi-autobiographical and an accurate reflection of the insidious nature of racism and racial prejudice within the industry.

One scene sees Simone’s audition for a role in Porgy and Bess morph in to a minstrel show singing a song that sounds straight out of the American Jim Crow era Deep South. The scene is indeed funny, but tragic.

We are later faced with a difficult scene where the women are being harassed on a night out by a white man and after kindly refusing the man’s advances are subject to a torrent of reprehensible racial abuse. This scene brought to mind the famous quote by John Stuart Mill : “Bad men need nothing more to compass their ends, than that good men should look on and do nothing” a sentiment both Cassi and Simone would later be forced to unpack.

‘Fine Between Friends’ the fantastically satirical quiz show, in which points were awarded for each racially-charged microaggression they could turn a blind eye to – microaggressions that many in the audience may have experienced, as heads bobbed up and down in agreement.

There were many highlights in the show, but one of my favourites was the text message conversations between Cassi and Simone. They were read aloud and performed in such a way that made me feel like Tanisha and Olivia were narrating my own text conversations between my best friend and I. Moments like these felt so real and were brought alive superbly through the direction of Lakesha Arie-Angelo and Berkeley-Agyepong, and Spring and Onyehara’s infectious on-stage chemistry.

The play was eye-opening, and took no prisoners. It was not afraid to throw punches and shine a light on the idea of being the “good immigrant”, in a manner of speaking. It was not afraid to hit us with hard questions or identify contradictions like should I turn a blind eye to microaggressions to reach a point where they no longer affect me?… Since we want the jobs, just not under the conditions that they are presented to us.

Plays like Shuck ‘N’ Jive exists because of having the opportunity for minorities to tell their stories. Berkeley-Agyepong and Ibbett-Brown are representative of the types of voices that rarely get heard in the creative industries; seeing their debut play is testament to why it is essential that work on diversifying the arts continues. Plays like these can contribute to the conversation as well as make tangible changes.

With Ranya El Refaey’s multi-functional traverse stage, to Spring and Onyehara’s outstanding performances and musical talents, to the fast and animated pace of Berkeley-Agyepong and Ibbett-Brown’s script – Shuck ‘N’ Jive simply did not disappoint. It is an honest, bold and courageous account of just how much work is left to do in changing racist attitudes within the industry, and it relates it with charm, hilarity and brutal truths – it’s a show you most definitely do not want to miss!

Shuck ‘N’ Jive is running at the Soho Theatre till 26th October.

We loved the show so much we just had to arrange to meet the cast and writers. Look out for the next post where we share our conversation on race, identity and respecting the process… 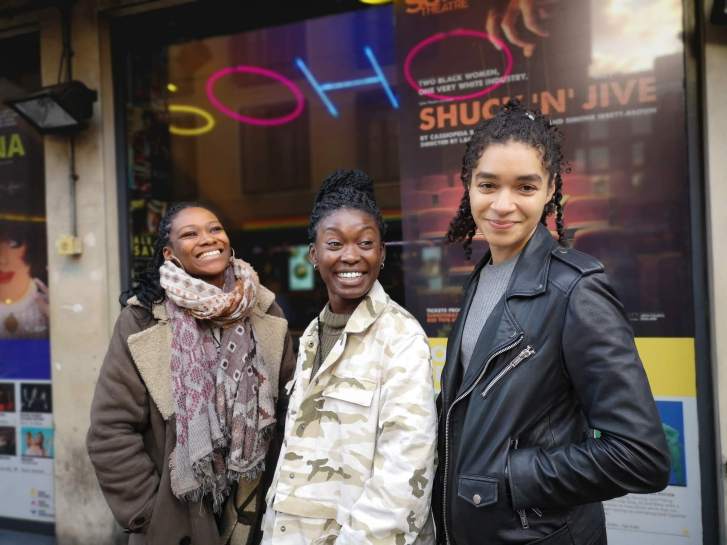 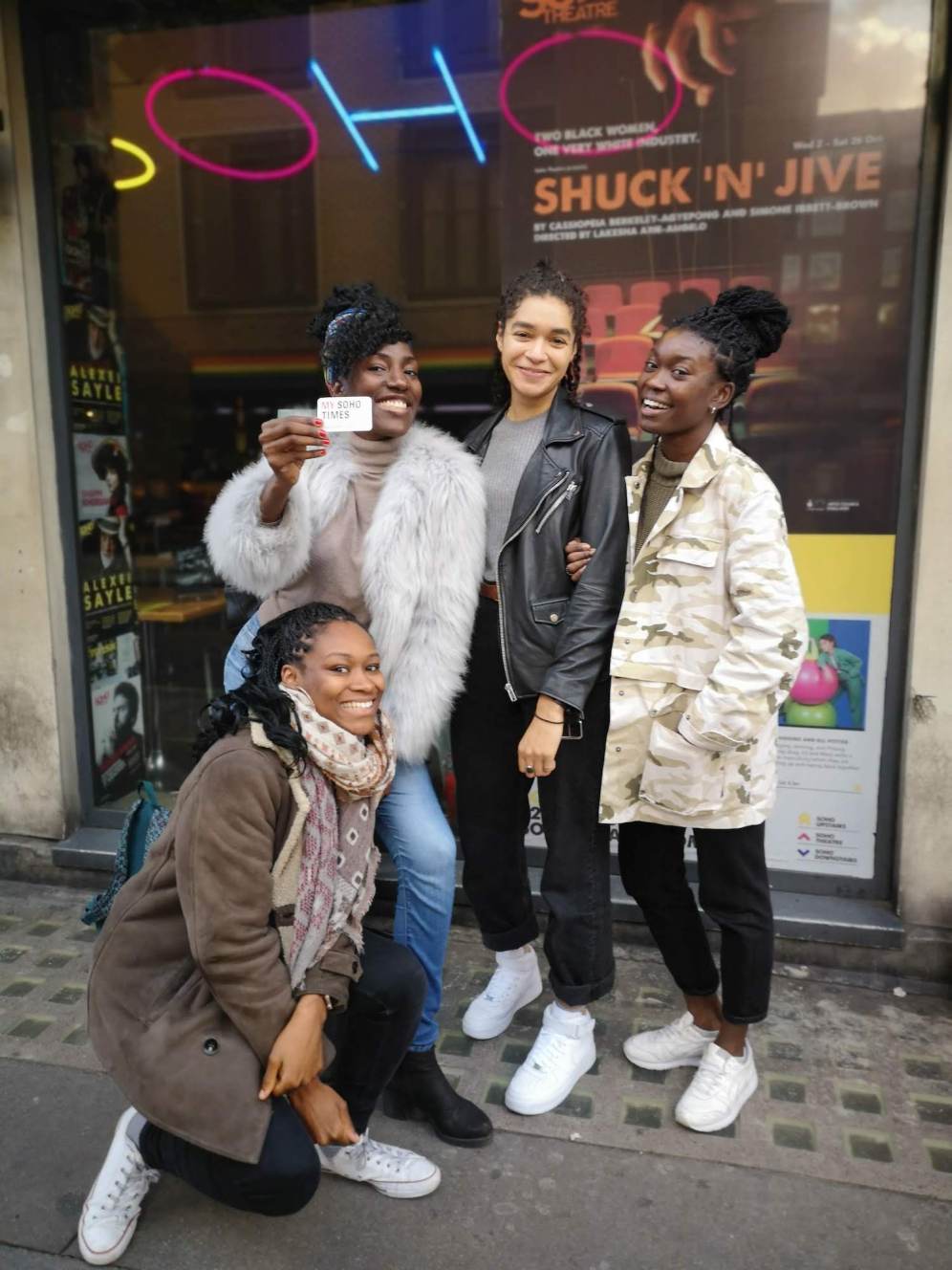 The Soho Girl with Shuck n Jive cast and co-writer

Have you seen Shuck ‘n’ Jive? Interested in going to see it? Let us know your thoughts in the comment box below!

Have you checked out the pilot issue of My Soho Times? CLICK HERE to view online! My Soho Times is a brand new hyper local print magazine launching this winter. We’re looking for contributors and local businesses to partner with! Email us to find out more info@mysohotimes.co.uk 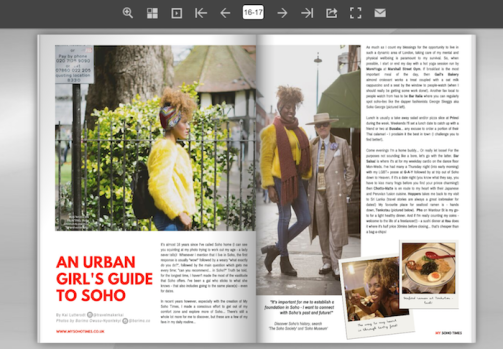